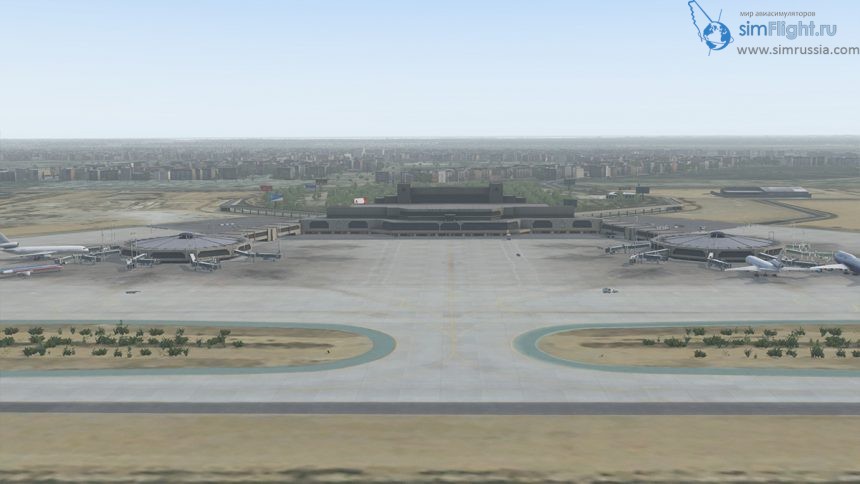 Seattle–Tacoma International Airport (IATA: SEA, ICAO: KSEA, FAA LID: SEA), also referred to as Sea–Tac, is the primary commercial airport serving the Seattle metropolitan area in the U.S. state of Washington. It is located in the city of SeaTac, approximately 13 miles (21 km) south of Downtown Seattle. The airport, the largest in the Pacific Northwest region of North America, is owned and operated by the Port of Seattle. The airport has flights to cities throughout North America, Europe, the Middle East and Asia. It is the main hub for Alaska Airlines and its regional subsidiary Horizon Air, whose headquarters are near the airport. It is a hub and international gateway to Asia and Europe for Delta Air Lines, which has expanded at Sea-Tac since 2011. The airport is the 28th busiest airport in the world by passenger traffic, serving over 45 million passengers in 2016, and is considered one of the fastest growing in the United States and the world. It is categorized in the National Plan of Integrated Airport Systems for 2015–2019 as a primary commercial service (large hub) airport based on 16,121,123 enplanements in 2012. The airport is the largest generator of vehicle trips in the state, and its 13,000-car parking garage is North America’s largest parking structure under one roof. Busiest domestic destinations from Seattle–Tacoma are: Los Angeles, San Francisco, Anchorage, Denver, Las Vegas, Phoenix and Chicago. Busiest International destinations are: Vancouver, Seoul, London, Dubai and Tokyo. ~40% of the traffic is served by Alaska Airlines, ~15% by Delta Air Lines, ~11% by Horizon Air, ~8% by Southwest Airlines and ~7% by United Airlines.

Paine Field (IATA: PAE, ICAO: KPAE, FAA LID: PAE), also known as Snohomish County Airport, is a small international airport serving part of the Seattle metropolitan area in the U.S. state of Washington. It is located in unincorporated Snohomish County, between the cities of Mukilteo and Everett, about 30 miles (48 km) north of Seattle.

Boeing Field, officially King County International Airport (IATA: BFI, ICAO: KBFI, FAA LID: BFI), is a public airport owned and operated by King County, five miles south of downtown Seattle, Washington. The airport has some passenger service, but is mostly used by general aviation and cargo. It is named after the founder of Boeing, William E. Boeing. The airport’s property is mostly in Seattle just south of Georgetown, with its southern tip extending into Tukwila. It covers 594 acres (240 ha) and has more than 375,000 operations yearly. It is in the National Plan of Integrated Airport Systems for 2011–2015, which called it a primary commercial service airport.
The Boeing Company has facilities at the airport. Final preparations for delivery of Boeing 737 aircraft after the first test flight are made at Boeing Field. Boeing facilities at the airport have also included a paint hangar and flight test facilities. The initial assembly of the 737 was at Boeing Field in the 1960s because the factory in Renton was at capacity building the Boeing 707 and Boeing 727. After 271 aircraft, production moved to Renton in late 1970. Production of military airborne early warning and control aircraft based on the 737 is located at Boeing Field.

Renton Municipal Airport (IATA: RNT, ICAO: KRNT, FAA LID: RNT) is a public use airport located in Renton, a city in King County, Washington, United States. The airport’s northern boundary is Lake Washington and the Will Rogers – Wiley Post Memorial Seaplane Base. Renton Airport has a floating dock and a launching ramp for conversion from wheeled landings to water takeoffs and landings. The airport is owned by the City of Renton and is a general aviation airport which serves Renton and other nearby communities. It provides regional aviation services for air charter, air taxi, corporate, business and recreational flyers.

Auburn Municipal Airport (FAA LID: S50) is a city-owned public-use airport located 2 nautical miles (3.7 km) north of downtown Auburn, in King County, Washington. It is included in the Federal Aviation Administration (FAA) National Plan of Integrated Airport Systems for 2017–2021, in which it is categorized as a regional reliver facility. The airport covers an area of 110 acres (45 ha) and contains one asphalt paved runway. Mostly used for general aviation, the airport offers no commercial service. With 318 aircraft based at Auburn, including 293 single engine, 14 multi-engine aircraft, and 11 helicopters. The airport averages 450 operations per day.